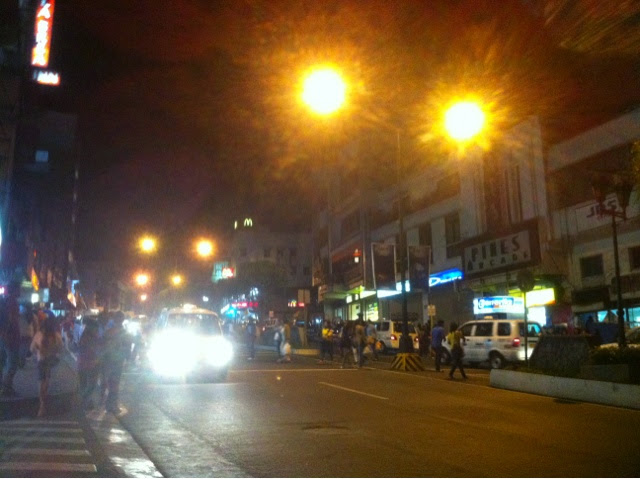 I took this picture while I was in the middle of realizing and appreciating how much I can do with what I already have… What I don’t have is a Nikon D4 with a 24-70mm f2.8 lens, and a backup Nikon D800E body with a 14-24mm f2.8 lens. I don’t have a casual Fujifilm X100S, nor do I have a (heck, while I’m at it) Leica M9 Titanium edition with a Voigtlander 50mm f0.95 lens.
No, what I have right now is an iPhone 4. It’s not even a 4s. But it took that picture. Heck, it may not be appealing in any way but I wanted to take a picture right then and there and I took it.
I learned so much from the parable of the talents, as told by Jesus Christ in Matthew 25:
“For the kingdom of heaven is like a man traveling to a far country, who called his own servants and delivered his goods to them. And to one he gave five talents, to another two, and to another one, to each according to his own ability; and immediately he went on a journey. Then he who had received the five talents went and traded with them, and made another five talents. And likewise he who had received two gained two more also. But he who had received one went and dug in the ground, and hid his lord’s money. After a long time the lord of those servants came and settled accounts with them. “So he who had received five talents came and brought five other talents, saying, ‘Lord, you delivered to me five talents; look, I have gained five more talents besides them.’ His lord said to him, ‘Well done, good and faithful servant; you were faithful over a few things, I will make you ruler over many things. Enter into the joy of your lord.’ He also who had received two talents came and said, ‘Lord, you delivered to me two talents; look, I have gained two more talents besides them.’ His lord said to him, ‘Well done, good and faithful servant; you have been faithful over a few things, I will make you ruler over many things. Enter into the joy of your lord.’ “Then he who had received the one talent came and said, ‘Lord, I knew you to be a hard man, reaping where you have not sown, and gathering where you have not scattered seed. And I was afraid, and went and hid your talent in the ground. Look, there you have what is yours.’ “But his lord answered and said to him, ‘You wicked and lazy servant, you knew that I reap where I have not sown, and gather where I have not scattered seed. So you ought to have deposited my money with the bankers, and at my coming I would have received back my own with interest. Therefore take the talent from him, and give it to him who has ten talents. ‘For to everyone who has, more will be given, and he will have abundance; but from him who does not have, even what he has will be taken away. And cast the unprofitable servant into the outer darkness. There will be weeping and gnashing of teeth.’ (Matthew 25:14-30 NKJV)
There will be times in our lives when we will see people receiving greater blessings than we would. No doubt, we would be tempted to compromise what we already have just by complaining about how others have more. However, we must understand that it isn’t about how much we start with; no, it is about how we use what we already have… It is about making the most of what we have (and, I dare say, of what we don’t have as well).
How we treat what we have reflects how much we trust Who gave it all for us. Like I said, I don’t have everything I think I should have when it comes to photography… but praise God for knowing what I need. It really is all about Him.
Here’s to taking the 1 talent and doubling it, along with those who have been blessed with 2 talents, or even 5 talents. To God be the glory forever and ever.