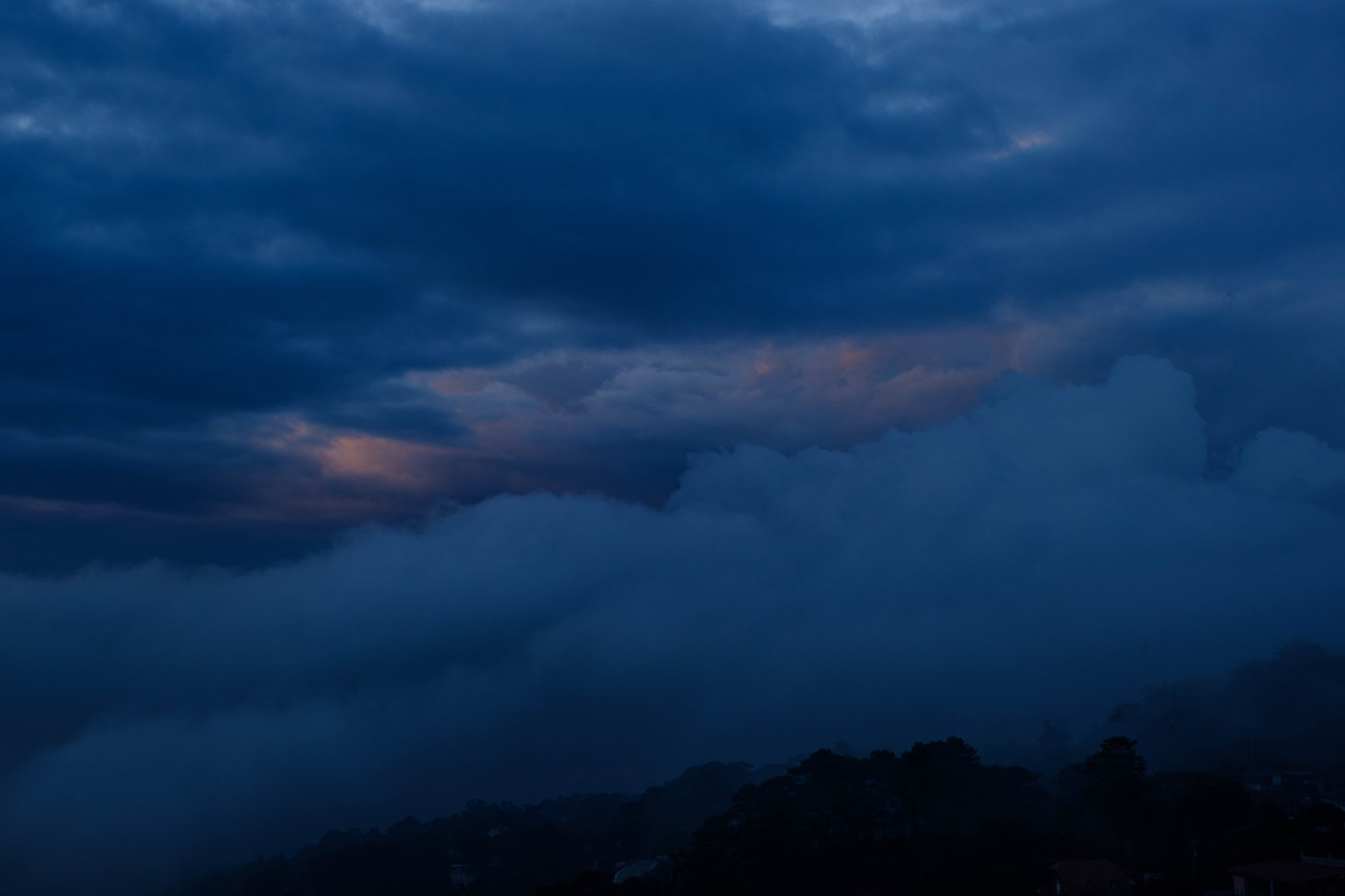 That was a headrush.

I mean, playing catch-up for those days that I slacked off from writing 1000 words a day. I’m out of the red as long as I finish today’s quota.

But that’s not like it’s the only thing I used to push to do on a daily basis before I got sick. There was also the 10000 steps a day. There were the daily workouts – In fact, I was supposed to be accountable for all of January, but I guess I missed out on January 31. Unlike the words, I’m probably not going to do anything about that one day.

After assessment and observation, I will start again with working out and shooting for 10000 steps next week. That and what appears to be a habit I’ll be having for the mornings – to work on scheduled posts both for the photography and church social media accounts.

For the former, I am still keeping an open mind as to how I could make a profit out of all the photos and all that I’ve shot and learned for the past 14-15 years spent with a camera. I’d like to make it another income stream on top of what I already have established, but I’m thinking I’d be insulting myself and all I’ve learned by making profit the end goal.

And when it does come to making people happy, I’ve learned that if you aren’t happy first, there’s no way you can ever make anyone else happy.

I guess I don’t need a marketing guru’s analysis for how I’m doing regarding my photography then.

To me, that didn’t seem to change, only now I look at things on the other side of the coin, more or less. I’d like to think that my pictures have motivated people, and just like we’ve been talking about yesterday, I’d also like to think I’ve been adding value to society through the pictures either relieving pain, or increasing peace.

Yes, yesterday I said ‘increasing comfort’, but now I think it’s peace that goes deeper, and peace that hits far closer to what I want to say .

I’ve been introducing more approaches to creation and design in the recent days, and while I do feel I’ve been drifting away from the directive to add value by way of my creations and compositions, I also feel a move to other directions in terms has been long overdue.

So the NFT’s, the AI-assisted artwork, and all the experiments should always be seen as they are – tools. I really should keep going back to why I create, and in this case, why I attempt to diversify: It’s never going to be for profit more than it’ll ever be to add value to people who see them.

Perspectives from eternity – perspectives of peace to those who would stay and look.

In Christ I live and move and have my being. In Christ I have been made new, and in Christ I am held together.

There must be more to share, but I guess these are the three thoughts that reigned over this week and the last, starting during the sickness.

And coming up to February 13, I still have that thought in mind: That God is not in competition with anyone or anything. Of course what kicks in automatically for me when I say this is that God is Creator, and so it is but Truth for us to understand that Creator will always be superior over all of creation, which encompasses anyone or anything.

To recognize God as Creator is to acknowledge that I am His creation, and knowing this humbles me. However, to take in His character and to know Him through Jesus Christ and His finished work is far more humbling – That the One who created Time and Space, and is therefore beyond Time and Space – it was in His intentions to save me, because He loves me.

Again, I could dig even further into this rabbit hole of understanding how God loves me, but when I had the opportunity to listen to what Andrew Farley actually meant when I first heard it from him, he was clarifying that this same God is not in competition with our heart. He was, of course, responding to the gentleman who called him and asked him what it means to live, in his words, a ‘spirit-filled’ or ‘spirit-led’ life.

Right away Dr. Farley elaborated that to say it’s a ‘spirit-led’ life implies a divide between God and us, which sounds very familiar to what still is pretty trending in the Christian groupthink, that is to consider John the Baptist’s words as our own: That we would decrease, and He would increase. But I agree that nothing can be further from the truth of who Christ is in us. Dr. Farley quickly clarified that when John the Baptist said this, he was referring to his ministry versus that which Christ was establishing. It is a precursor to Christ’s finished work, and must be viewed that way, instead of something which transcends what Christ has done.

Simply put, we need to move away from ‘more of Him, less of me’, because the Truth of the matter is, it’s all of Him and all of me in a beautiful union. I’m not sure if that was the exact verbiage Dr. Farley used but that’s certainly what I’m subscribing to.

I mean, it fits with everything we’ve been meditating on so far. Surely we couldn’t say, ‘more of Him, and less of me’ in self deprecation when we’re clearly speaking of a beautiful union when we say something like, ‘In Christ I live and move and have my being.’

No, God surely isn’t in competition with who we are – He made us! No, what we have with Christ is not a surrender after a clash, but an unspeakable but incredible union of creation, once doomed to sin and death, but now reconciled now and forever with God through Christ – a union so amazing that we call God something so intimate as, ‘Abba!’

And just to understand that we have the best thing going on with Christ as the best thing that ever happened to us – Oh, doesn’t it make us see anything and anyone in all of this finite reality with great love and peace? Just as we are held together in love, is it not natural for us to lovingly move and groove in this side of eternity, loving one another, adding value, relieving pain and increasing peace? What a wonderful salvation we have! What a great God we have, what a great Savior we have in Jesus!

As always I’m still refining my approach to ensuring I am not always grasping at the last minute before I preach live every Sunday. I do need to understand, that while a system has already been implemented for my finances, and for church/photography social media, I really need a better system in coming up with messages, not just for this coming Sunday, but for the weeks/months/quarters/years to come.

I have to say, though, it’s nice. I mean, to be free of pain which apparently hinders a mind from thinking, and to be able to think what I want to think… It’s certainly something I welcome. I do miss the times that it was okay for me to be blank, but with all the thoughts considered, I believe we’ve been doing more good than harm.

Not gonna lie, there were the sabotaging, pornographic thoughts that were trying to make their way back in, but I just have to thank the pre-installed systems of thinking which would have me question my movements with those fantasies trying to drag me down. The usual failsafe, the usual response would be, ‘Would the end really justify the means?’

There were also the sabotaging thoughts which would have me lying down or at least looking at my screens for longer than I would want to scroll, and it seems as if it’s my body that’s screaming out that it has to do some moving, and it will not tolerate such a waste of time.

Now, to go back to what I’ve been writing about regarding competition, I mean, it humbles me even more, that regardless of all these outside influences that would try to knock me down and drag me deeper into the mud, that I have a friend who sticks closer than a brother – I have a God, who isn’t watching from a distance, a God who is as a Father to me, who through Christ I know is with me in these struggles, Himself being infinitely superior yet intentionally wanting to be with me to see me through temptation, stumbling, and suffering of consequences, constantly reminding me of His everlasting love which flows on and on for me, never faltering for a second, overflowing me constantly and consistently.

You see how I could keep coming back to Christ, and I will always end up being in awe.. Now, here’s a system that I know is going to be with me, in all aspects of my being. Imagine that – the Holy Spirit Himself is a system, a Holy System, if you will, that instantly directs my thoughts to those of life and love, whenever anyone or anything in this reality would try to condemn me.

The Holy Spirit Himself is a system – imagine that! This is the same Spirit Christ brings to each and every one of us, and He is true to Christ’s word – He truly convicts us of righteousness, because we have been bought at a price. At every single turn, no matter what happens to us or no matter what we make happen, we are constantly reminded of this – that we are righteous, and that we are the righteousness of God in Jesus Christ.

In fact, doesn’t that sound familiar to the premise I had for Psalm 136? That in those times that we no longer have words to say or even thoughts to think, it’s the Holy Spirit who keeps singing constantly – ‘His love endures forever.‘

Here, we see that we are not only consistently reminded of God’s character, but our identity as well. Every which way, every turn, every beat of our hearts, we are consistenly reminded – By Christ’s birth, death, resurrection and ascension, we have been reconciled to God, and we are as close to Him as we could ever be, now and forever.

His love endures forever. We are the righteousness of God in Jesus Christ.

What a revelation! How great, indeed, is the Father’s love for us, that we would have a Helper, a Holy Spirit who consistently sings these songs of victory and deliverance upon us!

So whether we are distracted by pain or pleasure, or even in times when we couldn’t fully handle the autonomy associated with a mind free to think for itself, we can still have peace, knowing that the default frequency, the default Truth that keeps on playing in our core, resonating to the rest of our physical bodies and the rest of our being, it goes as follows:

His love endures forever. We are the righteousness of God in Jesus Christ.

This, among other signals. Truly, in this form, we can say that Christ is the solid Rock on which we stand, a Rock that stays firm no matter how we may be shaken.