Yesterday I drove a young brother of mine around the city. I lent him my camera and told him it was his turn to take pictures. As I was going through his shots I saw that he was playing with the camera at some points, but there were some pictures which communicated that he was comfortable with shooting.

After a few stopovers I brought him to some more serious spots to shoot – one along Monticello, Camp 7, and the fenced ‘forest’ in close to the Baguio Convention Center. The fog settled in so beautifully as he took pictures of the trees in that last area, that I had to take a few pictures of my own. With my iPhone. Thinking I’d upload it in Instagram. But man, that filtered shot came out so good in my opinion that it had to be shared on my blog.

I went as far as going through the pictures my brother took to see if I could replicate the same shot using some photoshop presets… Then I thought, what’s wrong with just posting my very first – wait… – second iPhone phone up to this blog?

I hope you enjoy it as much as I did. It can’t just stay on Instagram. Sorry. God bless you! 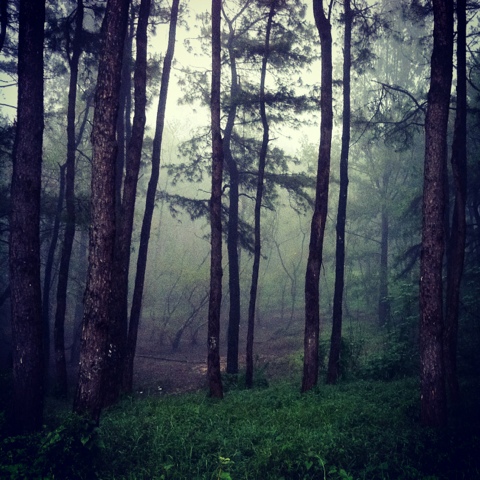