The righteous man walks in his integrity; His children are blessed after him. (Proverbs 20:7 NKJV)

I thought I was done with this impromptu series, “Focus”, when 2 more ‘C’s’ involved came to my mind: Combat, and Counsel.

For the weapons of our warfare are not carnal but mighty in God for pulling down strongholds, casting down arguments and every high thing that exalts itself against the knowledge of God, bringing every thought into captivity to the obedience of Christ, and being ready to punish all disobedience when your obedience is fulfilled. (II Corinthians 10:4-6 NKJV)

While walking the straight and narrow, there will be temptations to stop, slow down, or to take another path – a ‘shortcut’, or another way entirely.

Through all these encounters we are to continue to depend solely in The Lord. Concentration and control are always necessary, but sometimes we will be led in the Spirit to engage in warfare.

Who do we fight against? “For we do not wrestle against flesh and blood, but against principalities, against powers, against the rulers of the darkness of this age, against spiritual hosts of wickedness in the heavenly places” (Ephesians 6:12 NKJV)

Here’s a simple example that comes into mind. Some of us could probably relate to this. Have you ever felt being ‘inside yourself’, having all the desire to move when your whole body couldn’t? We know this locally as a ‘bangungot’. I’ve had this several times, and I remember one thing that set me free from myself – to call upon the name of The Lord, and I will be saved (Acts 16:33). In a voice of a body not completely in control, I could only let out a slur of a word when I try to say ‘Jesus’… But as I keep on calling out His name, the Name comes out clearer, and louder, and my body responds as my speech is restored!

We only have one weapon: The ‘Sword of the Spirit’; the Word of God. By the Word of God we are directed, corrected, equipped, revived, and restored (Psalm 119). We read of His Word through the Bible, and we hear His Word when we communicate with Him in prayer.

I imagine us practicing how to parry, block, swing and strike with our ‘swords’ every time we read and meditate on God’s Word. Indeed, there will be times in our lives as Christians where we will need to act in defense, or to move offensively against a spiritual stronghold, and ‘every thing (else) that exalts itself against the knowledge of God.’

True, there will be times we will get hurt. There will be times we will lose the battle and fall (oftentimes due to our own wrong decisions). We would do well to run to The Lord at these times, The Lord who is able to make all things work for the good of those who love Him. There we would find out even more from His Word, this verse included: Blows that hurt cleanse away evil, As do stripes the inner depths of the heart. (Proverbs 20:30 NKJV)

When we lose, we should not be discouraged; rather, we must count it as joy, because we are certain that The Lord provides vindication, for our sakes, and ultimately for the glory of His Name. When you lose, brace yourself, because as you step out in faith, you will definitely see God’s word in work! 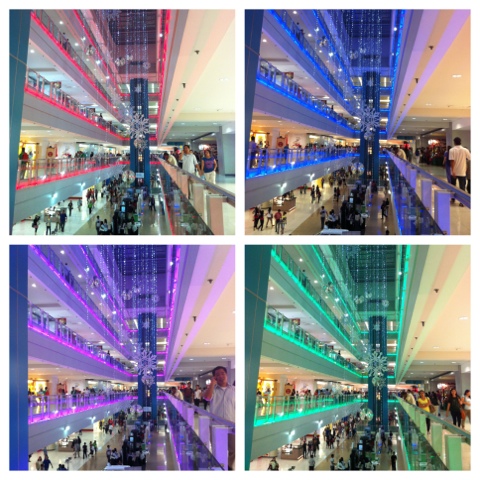