Ponder the path of your feet, And let all your ways be established. Do not turn to the right or the left; Remove your foot from evil. (Proverbs 4:26, 27 NKJV)

Right now I’m in a cafe here in the Mandaluyong area waiting for my great blessing of a girlfriend to end her shift. Though I have my own table I’m in between two separate groups.

To my left is a group presided over by a lady in her 30’s educating a man and woman in around the same age group. From what I’ve been hearing from their side it sounds like a lecture on financial literacy, a topic I admittedly have some interest in as well.

To my right is an older group of men. There’s a younger Chinese guy with them. Just a moment ago, the Chinese man was on the phone speaking in his native tongue, while the other three were talking about the recent progress of the controversial RH bill. I believe they were quoting Tito Sotto when they were talking about someone relating abortion to murder. One of the men mentioned that one argument to that was that abstinence was also considered abortion.

You can probably figure out why I have my headphones on, listening to praise music now.

It’s easy for me to throw in my own two cents, or maybe a whole article about what’s being talked about in my left and right – about the perils of putting too much thought into ensuring peace of mind through material gain and maintenance, or the recklessness of the tongue in lightly discussing an issue that could definitely compromise the morals of this country as a whole.

Wow, I just sprinkled a bit of my opinion there already. However, by God’s grace, the decision of me listening to praise music right now is edifying me and encouraging me to keep my eyes straight – I’m right now listening to ‘Only A God Like You’ by Tommy Walker. The song’s chorus states:

God, You know how easily we could give in to idle chatter… But I thank You, by Your grace, that You keep us focused on You above all else. Continue to take the glory in our lives, oh Lord… I love You! In Jesus Christ’s Name, amen! 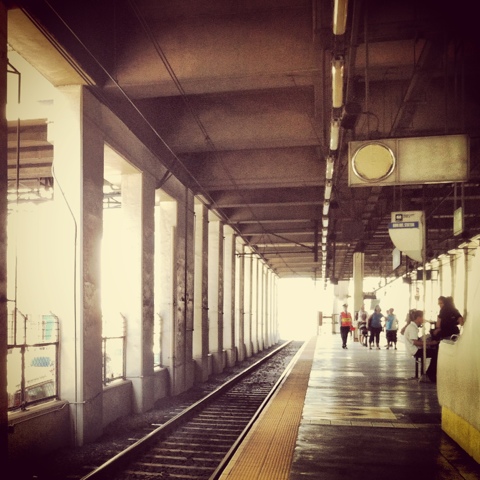